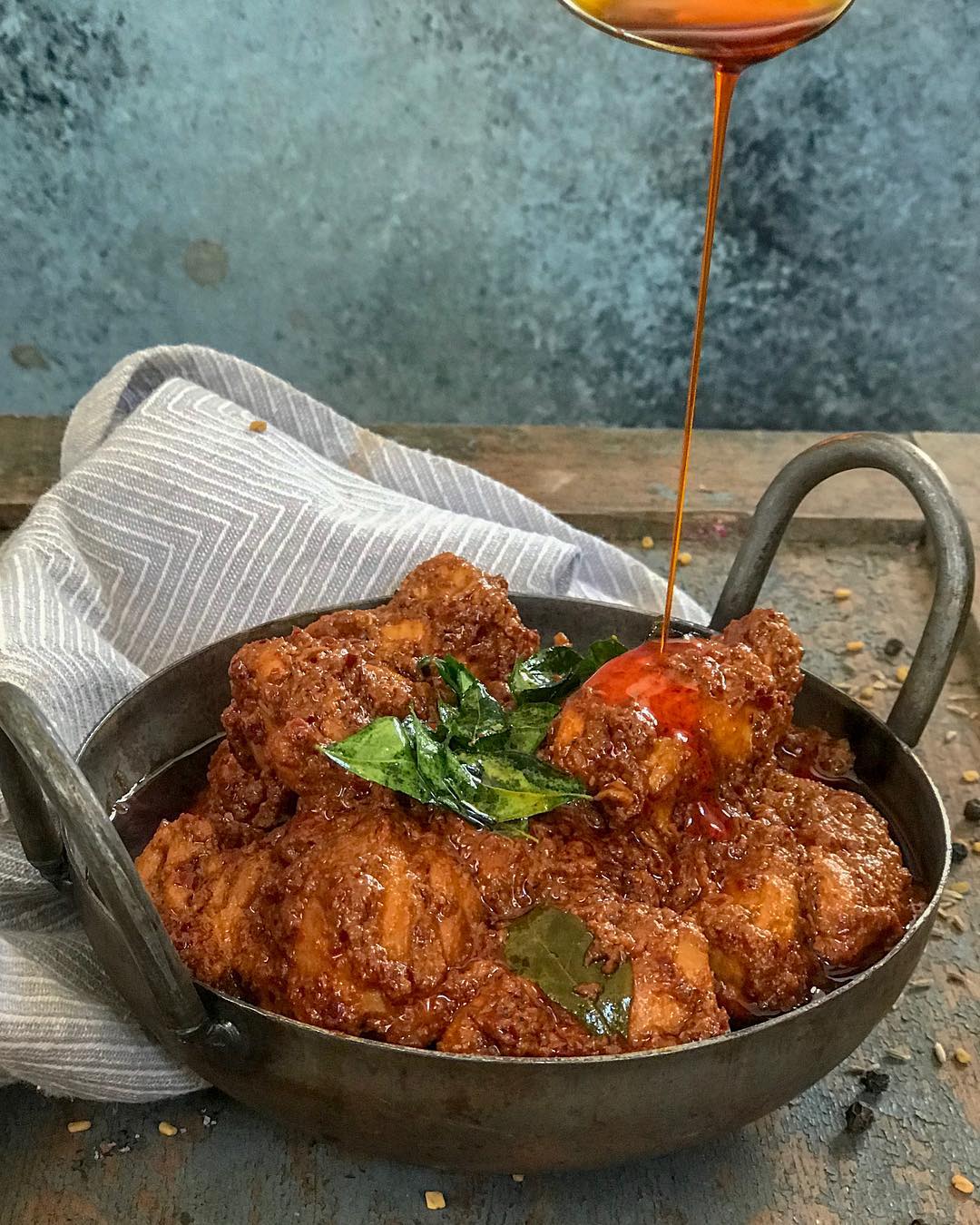 Coastal affair with food: Mangalore, a melting point of food

Sun-kissed beaches, lush gardens and ancient heritage buildings, the port city of Mangalore has plenty to marvel over. Nestled between the Arabian Sea and the Western Ghats, this sleepy beach town is a tapestry of colours, culture and flavours. Trivia alert: did you know some of the best of Bollywood happen to be proud Mangaloreans? Former Miss World Aishwarya Rai, Hollywood heartthrob Freida Pinto, and even the acclaimed filmmaker Guru Dutt—all hail from this city.   A melting pot of cultures, Mangalore is also a food-lover’s haven. Housing different communities like the Tuluvas, Saraswat Brahmins, Gouda Brahmins, Catholics and Bunts, the city offers an eclectic mix of culinary offerings. Here’s a round-up of authentic Mangalorean delicacies that you cannot miss when you are in the city. 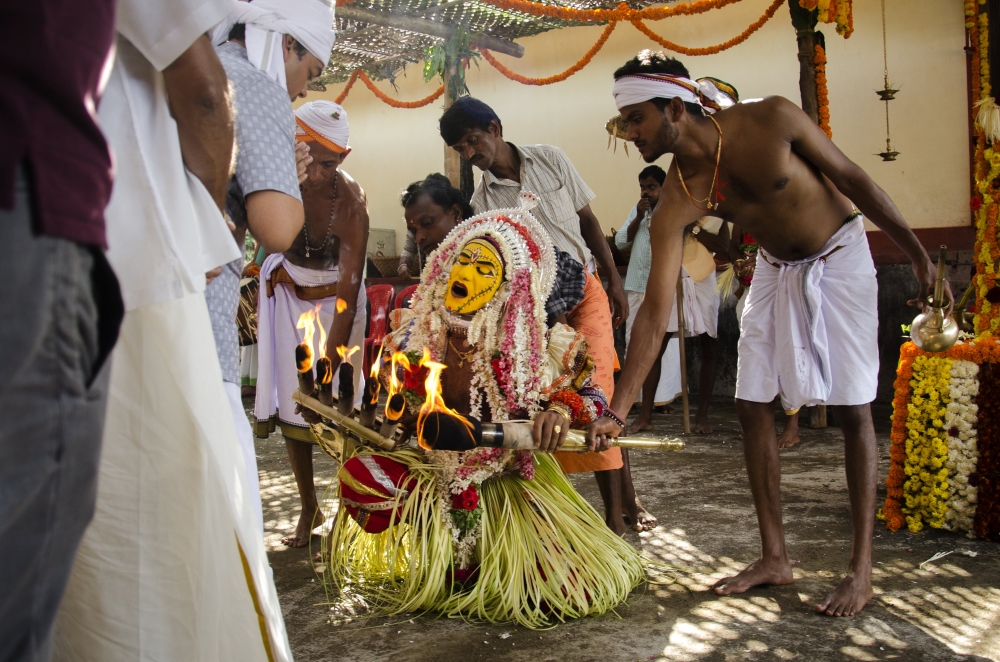 The ancient administrative system of Tulunadu played the role of fostering the holistic identity of the Tulu-speaking region of Karnataka expanding from Dakshina Kannada to parts of Kasargod in Kerala. The administrative system, though not politically relevant anymore, plays a key role in its conserved form today in sustaining the cultural identity of coastal Karnataka in various ways, including the conservation of folk arts, funding as well as leading religious practices and preserving the architectural style sheets of the past. The administrative system of Tulunadu was elaborate, consisting several hierarchical institutions ranging from royalty to weaponry that functioned in coordination. Of the many institutions, such as barke, arantadi, parari, etc., that constituted the complete system, the two major ones were beedu (the royal household) and guttu (the administrative household). These systems were brought to tangible form through infrastructure that were homes for people who were part of these institutions and played the role of an administrative block for the village. Guttu, or guttumane, are distinct traditional manor households spread across Tulunadu and are reminders of the precision of the administrative system of ancient Tulunadu. These homes are distinguished by their architectural structure and inheritance, and stand for the past lifestyle of Tulunadu. There are around 300 such homes that are preserved today; the rest of them have either undergone renovation or have been destroyed. Back in their time, these homes were the central infrastructure for all kinds of activities of the village they were situated in, such as agriculture, cultural or folk practices, judicial proceedings, and disaster relief. Documents of the earliest guttumane households date back to as early as the fifth century CE, inferring that they came into existence with the agricultural revolution of the same time. The Bunt community, recognised by surnames such as Shetty, Hegde, Rai and so on, own the most of the guttu households, followed by the Jain community which owns all beedu households and a number of guttus as well. This ownership pattern is based on the fact that the Bunt community (the specific term is a modern one, there were other names for the community in the past) were experts in agriculture and managed to bring the rest of the population to coordinate and form villages in the past. Purpose of existence Guttu households came into being to serve the primary purpose of administering a village, other responsibilities, such as religious and cultural conservation, were added on later. The system resembled the current-day panchayat system to a large extent. Every village had four guttu households, indicating that each village was divided into four parts based on geography for better administration—12 such villages were marked together to form a magane (Tulu word for collective). There was one guttu household in any of the 12 marked villages known as the magane guttu, inferring that the particular household was a higher authority responsible for all 12 villages; the four guttumanes in every respective village reported to the magane guttu and paid their revenues to it. Further, hierarchically above the magane guttu was the beedu comprising the royalty, administered by a king or a queen. The constituency of an arasu (king) included multiple maganes and was called a seeme. However, there were four more guttu households that mediated between the magane guttus and the king. These four guttus were marked as the king’s direct subordinates, and they monitored magane guttus, collected reports and revenue from them, and reported to the royalty alone. They could be situated anywhere within the seeme and were recognised as raja guttus or seeme guttus. The system was a rather complex one but it was sustained in the same manner for more than 13 centuries at least. A few of these households survive even today but they hold no administrative importance. However, on a religious and cultural end, most practices of Tulunadu are still concentrated on the participation of guttu households. Cultural Practices Guttu households led almost all the cultural and folk practices of the village; most of those practices are followed till date and can be observed in every village of Tulunadu. Bhoota kola (spirit worship), also known as bhootaradhane, is one of the primary cultural and folk practices based on the Tulu belief that every village is guarded by a bhoota (guardian spirit), who needs to be revered with bhoota kola every year. (Fig. 1) The entire village comes together for this event which either takes place at the garadimane (a religious establishment housing symbolic structures representing the bhoota) or on the courtyard of the hierarchically highest guttumane of the village. The paatri (an individual from the Nalike community who impersonates the bhoota during bhoota kola) appoints the owner of the guttumane as his representative and speaks to him, conveying the concerns of the village, solutions and means for betterment. Whatever the paatri says is considered the word of the guardian spirit and obeyed by the guttu owner as well as rest of the village. This practice enabled the guttu owners to conveniently run the administrative and judicial systems in the village in the past; in the present, the cultural practice is performed in the exact same manner where a guttu owner still leads the proceedings, but he is no more the decision maker of the village. Nowadays, whatever the paatri says is respected as tradition, and most people do follow what he says out of religious obedience; however, it is not law like it used to be in the past. Bhoota kola, hence, only has cultural and religious value these days.

Remove item or Move to Wishlist to buy later